A community in North Kerala who cherishes art-worthy cinema. From school children to adults, fans of the films of greats like Majid Majeed. Those who think of cinema as food and fresh air. Those who fight against the imperialist forces with the weapon of art. Those who do not give up the beliefs that have been passed down through the generations decide to make a film that is completely ‘halal’, without compromising on those beliefs and its principles.

Zachariah Mohammed, the director who deviates from popular themes and moves from the corridors of the country to the big canvas of cinema, comes up with such a heartwarming story after ‘Sudani from Nigeria’, through ‘Halal Love Story’ Raheem Sahib (Nasser Karutheni), an amateur of the local cultural community, is a film lover, a respected adult, an actor, Sharif (Indrajith Sukumaran) and a screenwriter, Taufeek (Sharafuddin). But director Siraj (Jojo George) comes to them with his experience in mainstream cinema and the script and storyline they have prepared under the title ‘Thirdly Umma’ is moving in a different direction.

The two-hour-long film presents a storyline that is limited to film lovers and film/drama/media students. In this age where directors are coming forward to make ‘crowd-funded’ films and such films are gaining international recognition, audiences will be able to see first-hand the intricacies of ‘halal love story’ within the film, the struggles of those who do not make a big investment to make a popular film.

When the main characters Sharif, Siraj, Suhara, and Tawfeeq appear on the screen, Indrajith, Jojo, Grace, and Sharafuddin show their acting style in addition to their own inventions. If the main responsibility of the film has been placed on the shoulders of this group of four who arrived in full-length roles, they have done it responsibly.

The audience has already seen all the others in the full-length characters several times. However, after ‘Kumbalangi Night’ ‘,’ Halal Love Story ‘became the second film in which Grace Antony had the opportunity to play the lead role on the screen from beginning to end. Suhara, who has to change from a camera housewife to a housewife who doesn’t know what a movie is, to an actor, is fit and safe in Grace’s hands for some reason. Rahim Sahib by Nasser Karutheni is a character who gets attention through his realistic presentation.

Soubin Shahir and Parvathy Thiruvoth will be making guest appearances. The film continues to be shown on Amazon Prime. 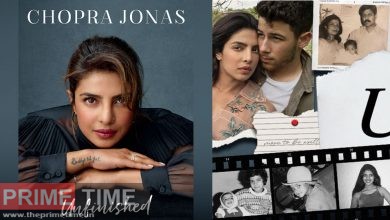