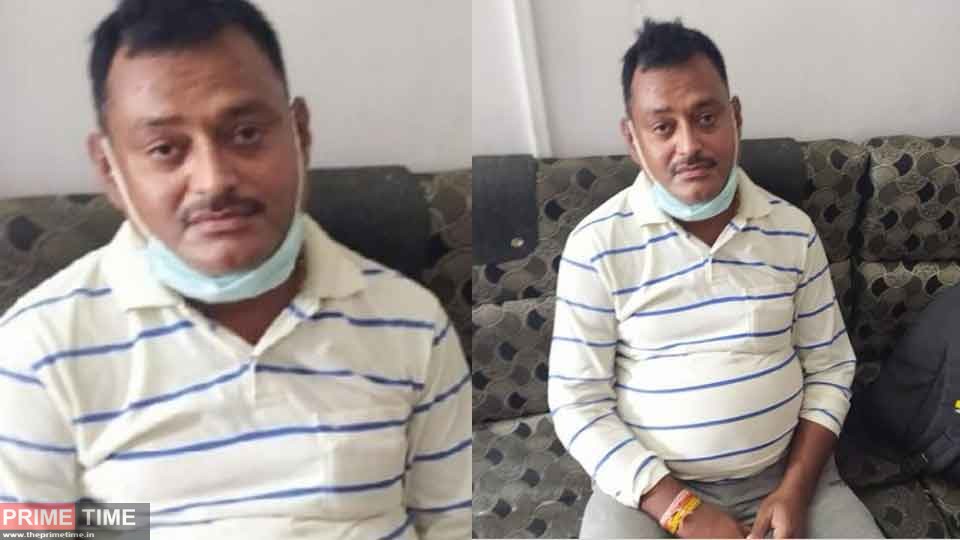 Vikas Dubey, who has been absconding since last week, has finally been arrested after killing 8 police personnel in Kanpur. Dubey has been arrested in Ujjain, Madhyapradesh.

The UP police has officially confirmed the arrest of Vikas Dubey, who was being chased in several states since the sensational killing of 8 police in Kanpur last week.

Vikas Dubey, the main accused in #KanpurEncounter case, has been arrested at a police station in Ujjain (Madhya Pradesh), say UP Govt Sources pic.twitter.com/txjmhzJhmW

Gangster Vikas Dubey was wanted in the murder of 8 policemen at Chaubepur in Kanpur. Vikas Dubey was absconding for about a week after ambushing a police party in his village Bikaru. He had fled from his hideout in Faridabad where three of his accomplices were caught by the police.

Vikas Dubey, the main accused in #KanpurEncounter case, has been arrested at a police station in Ujjain; (Photo: Madhya Pradesh Police handout) pic.twitter.com/WvBwGGKVhO

According to the police, one person Prabhat Mishra has also been killed by a police bullet while trying to escape. On Wednesday, the UP police killed Amar Dubey, close to Vikas Dubey, in an encounter in Hamirpur.