Former England cricket team spinner Monty Panesar described three of India’s greatest batsmen as the most dangerous against whom he bowled. Panesar believes the most difficult in his career came when bowling against Sachin Tendulkar, Virender Sehwag and Rahul Dravid.

The 50-Test spinner for England bowled Sachin, Sehwag, and Dravid on the 2012 tour against India. Talking to PTI, Panesar said, “Sachin was very good, once he came in he used to return only by scoring a big score but like other batsmen, he also had his shortcomings. Once he was set Then it would have become completely different. “

“It was very difficult to get Sachin out. It was with him that you had to be ready to know which gear to take when you had to compete against him. Even after that I always tried to dismiss him. I trusted myself. ”
Regarding Dravid and Sehwag, the former English bowler said, “Sehwag was just amazing at that time he was the most explosive batsman. Dravid was another great batsman exactly the wall as he was named. This time. When you had batsmen in front of you who could play long innings. It was so ruthless and with them that you would feel that Dravid had more than any batsman. LLA be wider. ”
test1 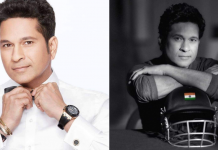 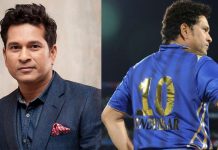