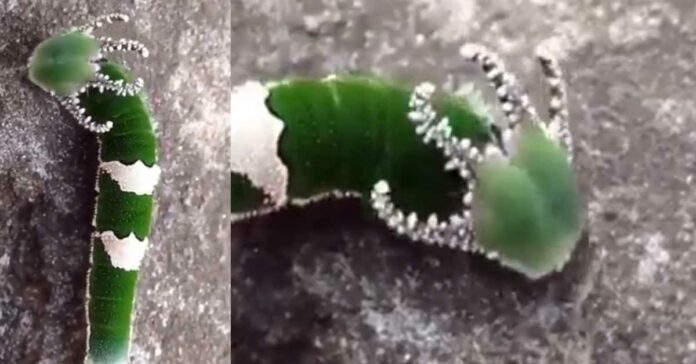 On social media, we frequently encounter videos of animals and insects that are normally hard to find. We frequently ponder how much more beautiful nature has to offer because these creatures are so uncommon. On Twitter, one such video of a caterpillar with a head resembling a dragon has gained a lot of attention and is now trending.

The 8-second clip, with the title “Dragon head caterpillar,” shows the lovely insect wriggling on a rock. It’s true that this caterpillar’s head resembles a dragon’s thanks to its seductive horn-like protrusions. The caterpillar, which is travelling on a rock, is green with two white stripes on it.

The majority of the 400 different types of dragon-headed caterpillars can be found in North and South America, Asia, and Australia, according to Fact Animal. They can reach a height of 3 centimetres and, other from appearance is identical to other caterpillars. They develop into a butterfly with vividly coloured wings as they grow and moult. Some of the variations of the caterpillars have venomous stings to keep their predators away.

Look at the caterpillar video beneath

Dragon-headed caterpillars also eat their eggs after the larva has hatched. The nutrients they need to grow are present in the eggs they hatch from. They then proceed to have leaves like any other caterpillar. Over 44 lakh people have watched the video on the microblogging site. On the social media platform, it has 840 likes and is still gaining popularity. The comments section was filled with admirers of this caterpillar’s beauty. 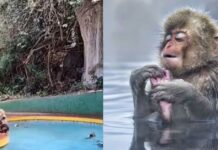 The video of monkeys from the swimming pool is viral 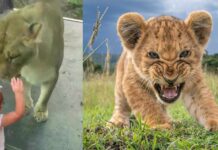