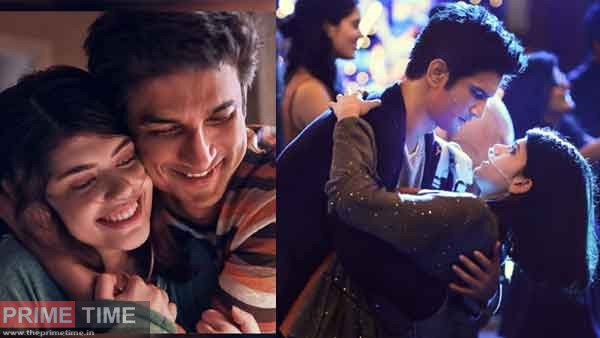 Sushant Singh Rajput‘s last film ‘Dil Bechara‘ has been released. This film is getting a lot of love from the audience and the critics. Yes, at the moment there is only one film on the entire social media and the name of that film is Dil Poor. There are talks about this film everywhere. Everyone is seen talking about this film. You know this film was released on Disney + Hotstar on Friday.

After the release of this film, its IMDB rating continued to look 10/10 until after 11 pm, which is a record. By the way, its rating is now 9.8. Let me tell you that this too is the top rating till date. By the way, the audience has given a lot of love to Sushant Singh Rajput’s film ‘Dil Bechara’. This film is being tweeted heavily on Twitter. Within 2 hours of the streaming of this film, reports of Hotstar crashed.

Along with this, people were discussing about its IMDB rating. Not only this, people were voting one after the other after watching the film, so there were reports of IMDB server crashing as well. Well yesterday, a user tweeted that this is probably the first time. The film is getting so much love. Talking about Sushant, he committed suicide on 14 June and till now people are demanding justice for him.

Where will Sushant’s Dil Bechara be released today? How? Everything you need to know …

Sanjana Sanghi was emotional before the release of ‘Dil Bechara’, said this for Sushant Singh Rajput