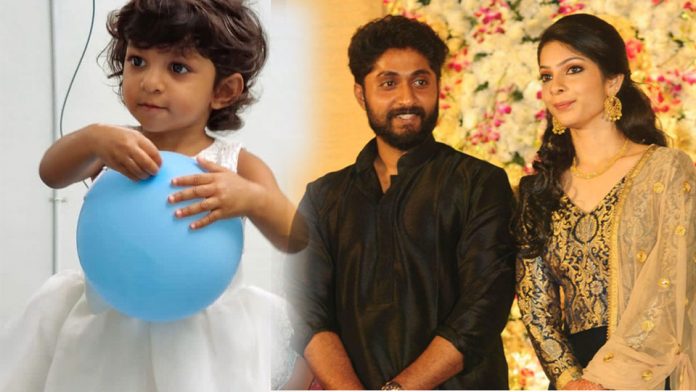 In general, Dhyan Srinivasan, the youngest actor, and director of Srinivasan is a star who does not share family details on social media. Now, for the first time on her daughter’s second birthday, Dhyan has shared pictures of her daughter for fans. Dhyan shared the pictures while wishing his daughter a happy second birthday. “I have not slept for two years. Happy Birthday Aaradhya Suzanne Dhya, ”says the actor.

Dhyan and Arpitha Sebastian were married in 2017. Dhyan, who made his directorial debut with ‘Love Action Drama’, has now entered the production industry. After ‘Kamala’, Aju Varghese starrer ‘Sajan Bakery Sins 1962’ was produced by Dhyan Srinivasan and Visakh Subramanian.