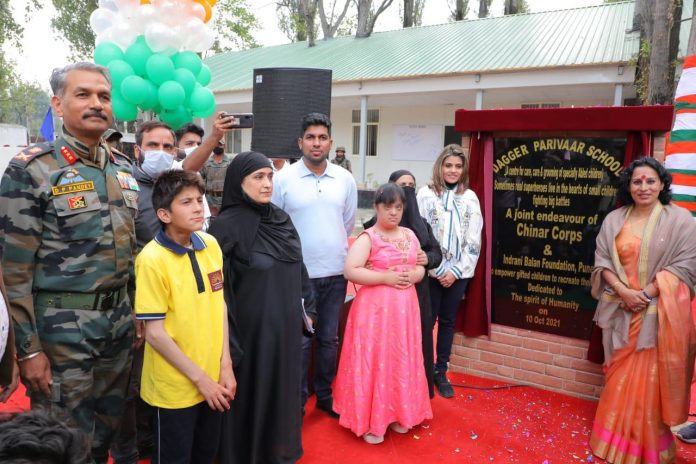 The inauguration ceremony of the new Dagger Parivaar School building was organized on Sunday by the Indian Army.
The project was developed as a joint venture by the Indrani Balan Foundation, Pune, and the Chinar Corps.

The inauguration stone was unveiled by  Usha Pandey, Zonal President AWWA, 15 Corps and Punit Balan, Managing Trustee, Indrani Balan Foundation in presence of students, teachers, parents, and other military and civil dignitaries. Mesmerizing and soul-stirring cultural programs were performed by the special children of Parivaar School. Felicitation to children and teachers was also organized at the end of the ceremony.

Lt Gen D P Pandey appreciated the noble step taken by the Indrani Balan Foundation for the people of Baramulla and emphasized that it is a great initiative in the field of supporting special children.

More than 150 families of Baramulla district will be benefited from this school.

Punit Balan affirmed that his NGO will continue to work in association with the Chinar Corps-Indian Army for the betterment of the people in Kashmir valley.