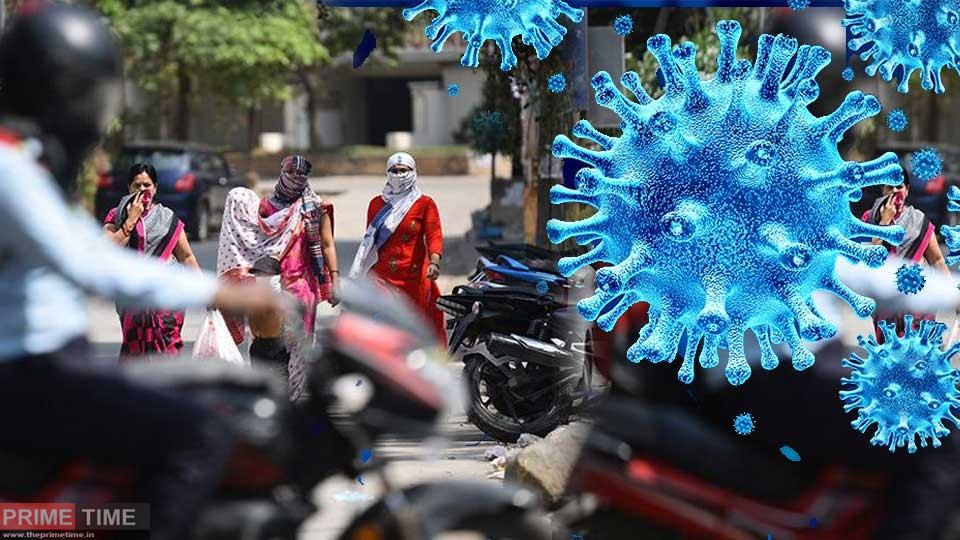 Narsinghpur is on high alert after 4 infected corona patients were found in Jabalpur. Here the entire district has been locked for 14 days. This time period is from 12 noon to 5 April today. Section 144 has been imposed in the district. Collector Deepak Saxena told Bhaskar that no person would be allowed to leave the house. The arrival of outsiders in the border of the district and the entry of people from outside the boundaries of another district has been banned.

Roads and railway routes are also being sealed. Trains will come, passengers will also disembark, but those who are not residents here will be stopped at the station, they will be sent back by another train. Shops will be open for essential services. Milk will be allowed between 7-9 am, but only women will be able to come out to take milk. Men have to stay at home. The Collector said that a total ban has been imposed on those going to and from Jabalpur. A list is also being prepared of those who have visited or are in that area in Jabalpur. Their numbers are being extracted through CDR.

Jabalpur and Seoni Earlier, Jabalpur and Seoni districts have also been locked-up for 2 days. In Jabalpur, 4 patients were found corona infected on Friday. The boundaries are sealed on both Saturdays and Sundays with everything being closed in these two districts. No one will get out of the house. No one will be allowed to enter the district.

bullion trader Mukesh Aggarwal and 2 members of his family returned to Jabalpur from Dubai on Friday were found corona infected. Apart from this, the fourth patient is from Civil Line who has come from Switzerland. All patients were placed in isolation wards. Police and administration are in the alert mode in Jabalpur. A list of people with whom these patients have been in contact has been made. At the same time, Deepak Sharma, who returned to Shivpuri from Dubai, was also screened on 18 March. Deepak has a mild cold and cough.

Jabalpur police have filed an FIR against businessman Mukesh. It is alleged that other family members got infected due to the negligence of the businessman. The people of the city also risked their lives. It has been decided to keep the bullion market closed in Jabalpur from Saturday to Tuesday.

under lockdown, no person will be allowed to move out of the house. All the boundaries of the district are sealed. There is a ban on the movement of outsiders by any means of road, rail. A similar ban is on the citizens of the district. Government, semi-government offices have been closed. Revenue, health, police, electricity, telecom, municipal, panchayat, etc. departments with urgent service will remain free from this. Barring medical stores and hospitals, other business establishments will remain closed.

What Kareena Kapoor wants from Priyanka and Deepika, herself revealed in her interview

Corona Effect / Narsinghpur Lockdown for 14 days, limits sealed; No one is allowed to leave the house!

No considerations getting me from hospital: Kanika Kapoor