A day ago, images of what appeared to be a post-wedding photoshoot were circulating on social media walls. Pictures of a man and a woman pretending to be children are becoming increasingly vulnerable to cyberbullying. The main allegation is child marriage. Let us examine the fact of this. The image is being promoted on WhatsApp groups and Facebook trolls. The basis of the propaganda is that this is child marriage and that they are not of marriageable age. And jokes about it are spreading.

This image has been found in various locations, from sources. This image appeared for the first time saw  a day on the prospect of Theekshana Photography. According to the information on the page, the photo shows Nethmi and Buddika.

At the bottom of the film, many Malayalees and other couples have made ridiculous comments. If you look at the page where the photo was posted and their address, it is clear that they are from Ratnapura, Sri Lanka.

According to a recent comment, the comment is in Sinhala, although there have been some issues with Facebook’s translation of it into English. According to this, they have congenital developmental disabilities. It is clear that the groom is 28 years old and the bride is 27 years old. 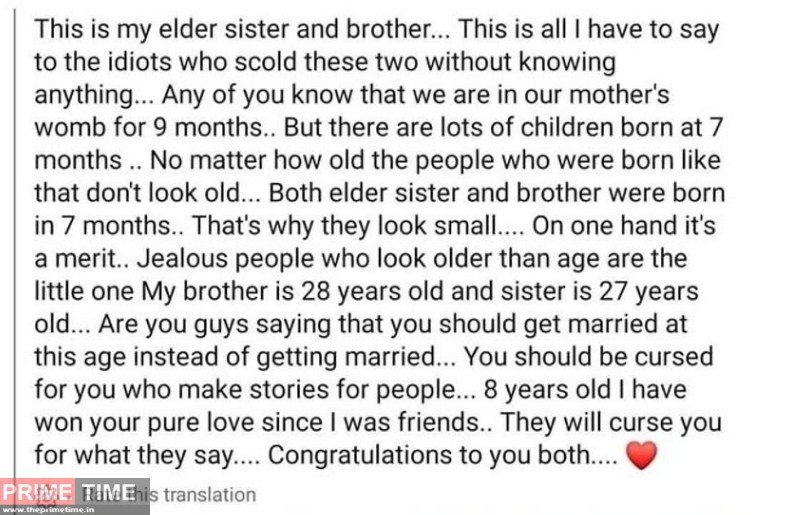 At the same time, the comments on the bottom of the pictures on the page of Theekshana photography prove that the couple did not have child marriage.

This Sri Lankan couples who are used to mocking and trolling in the form of child marriage are adults.