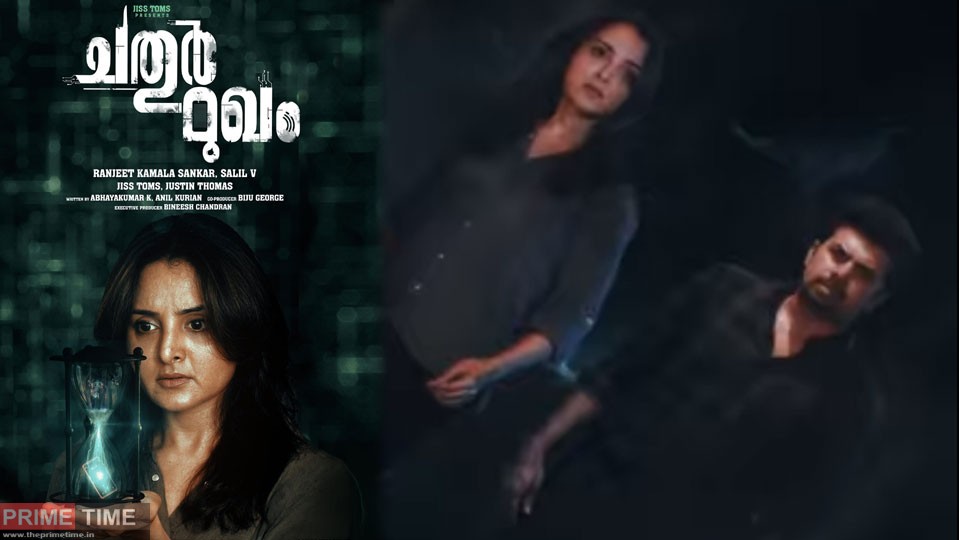 The first look motion poster of the first techno-horror movie in Malayalam ‘Chaturmukham’ went viral on social media. Madhavan, Dulquer Salman, Asif Ali, Jeethu Joseph and many others from inside and outside the film shared the poster through their official page. Directed by newcomers Ranjith Kamala Shankar and Salil V. The film is produced by Jiss Toms and Justin Thomas under the banner of Jiss Toms Movies in association with Manju Warrier Productions. The film is co-written by Abhayakumar K and Anil Kurian, co – writers of Punyalan Agarbathis and Su … Su … Sudhi Valmikam. Following the release of the motion poster, the discussion on what is Techno Horror was also high on social media.

Techno horror is a subset of fiction horror. The main reason for the fear is the films that are presented in this genre as modern science and technology. Films in this genre are mainly made by Hollywood and Japanese filmmakers. As in regular horror movies, the sari-clad ghost, the haunted house, the quadrangle without an exorcism or invocation of the magician will be a new experience for the Malayalee audience who enjoy scary movies. The film stars Manju’s Tejaswini, Sunny’s Anthony and Alanziar’s Clement. Tejaswini and Antony, former college classmates, now run a business of a CCTV security solution in Thiruvananthapuram. Clement, a retired agricultural college teacher, tells the story of an extraordinary situation that comes into their lives and the events that follow.

In addition to these three faces, there is the fourth face in the film, as the movie name implies. It can be a form, an object or a person. The mystery of the name also applies to the ghost in the movie. It is unknown at this time what he will do after leaving the post. Niranjana Anoop, Shyamaprasad, Srikanth Murali, Rony David, Navas Vallikunnu, Shaju Sreedhar and Kalabhavan Prajod are some of the big names in the film. The cast says that everything should be in suspense until the movie is released. Manju Warrier’s action sequences are the highlight of the film, which has been made with an emphasis on visual graphics and sound design at a cost of Rs 5.5 crore.