Chathur Mukham is a film produced by Just Tom and Justin Thomas under the banner of Just Thomas Movies. The film is directed by Kohinoor’s screenwriters Ranjith Kamala Shankar and Salil V.  The horror thriller category has been dubbed as the first techno horror film in Malayalam. The film stars Manju Warrier and Sunny Wayne in the lead roles.

Manju Warrier has appeared in the film as an unmarried girl. The name of this character is Tejaswini. Let me say in particular that Tejaswini is also a person who has a lot to do with mobile and social media. At the beginning of the film, Tejaswini’s daily lifestyle. The film takes the twists and turns as a twist after Tejaswini leaves the city for his hometown and captures some of his rituals on his phone. Mobile is another important character in the film. As soon as I knew this, I was intrigued to see this film. Because techno horror movies have been released in Bollywood but not for the first time in Malayalam? 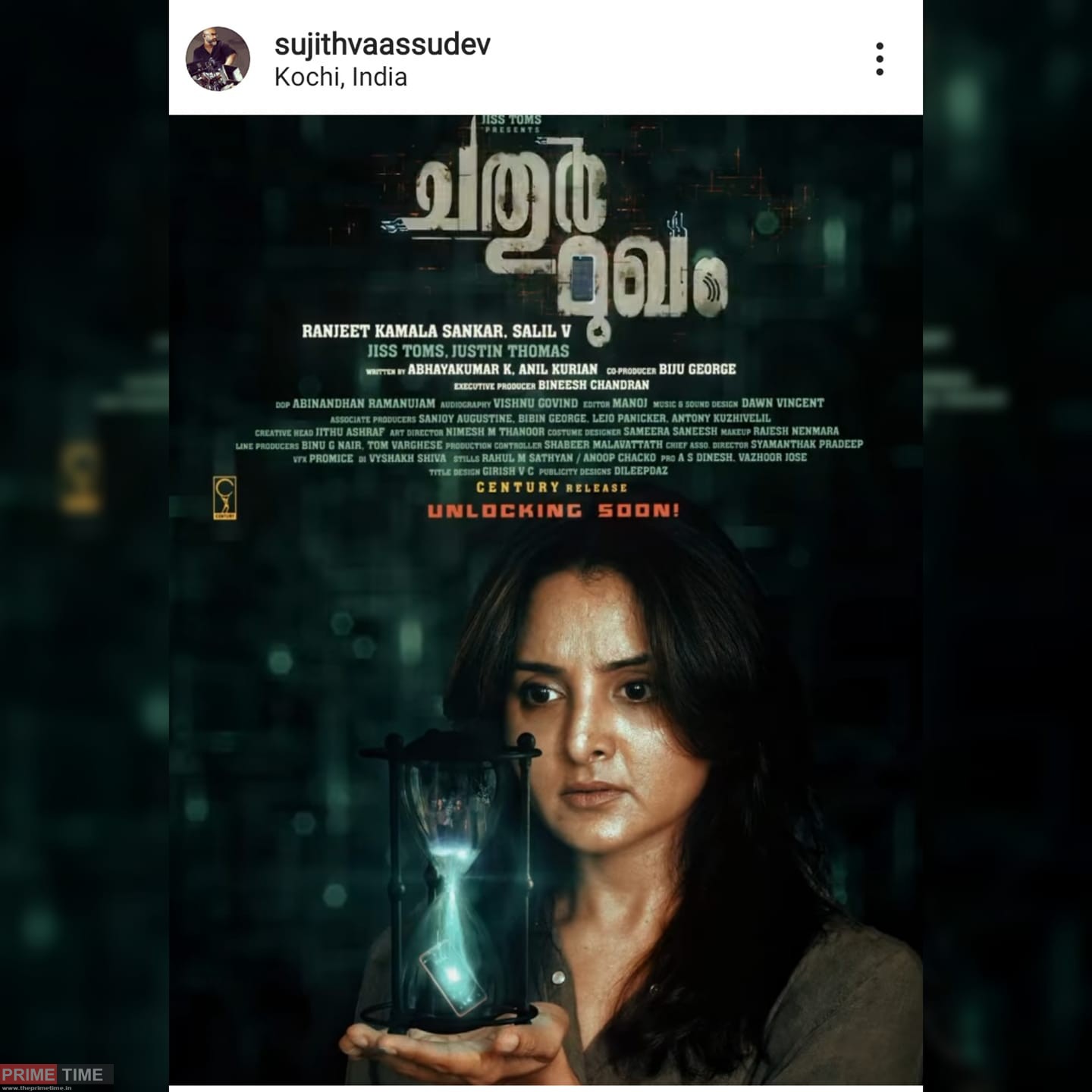 Anyway, after the interval punching the film evokes a feeling of fear among the audience. Then we will have complete curiosity for the viewers. The role played by background music to increase the momentum of this fear and curiosity is not retail! Our Sunny Wayne plays the character of Anthony. Manju and Sunny have broken up in Chathurmukham anyway .. and our smartphone. In addition to Manju and Sunny Wayne, our Ranji Panicker, Niranjana Anoop, Shyamaprasad, Alansier, Ronnie David, Balaji Sharma, and Srikanth Murali are also in the cast.

Anyway, I love horror movies and Chaturmukham gave me a different experience. In one word, the picture was torn down. The events are all very realistic. You all go to the theater and try to see the movie. don’t miss the theater experience of Chaturmukham. Then the next day we will see again as a review of the shadow. Till then goodbye.