CBSE 12th class results will be released on the basis of performance in class 10th, 11th, and 12th. The Central Government gave this information to the Supreme Court on Thursday. The government said that 30 percent weightage will be given to class 10th and 11th marks and 40 percent weightage to performance in class 12th. CBSE 12th results will be declared by July 31. Those children who are not satisfied with the result will be given a chance to re-appear in the examination once the situation becomes normal. The court has accepted the 12th result formula presented by the central government.

Attorney General KK Venugopal, appearing for the government and CBSE, told the court that each school would have to constitute a results committee to consider the marks obtained by the students in all three examinations, which would be scrutinized by the moderation committee of CBSE. Mamta Sharma, appearing for the petitioners, said that the evaluation scheme of CBSE class 12th is satisfactory and we have no objection to it. The apex court asked Venugopal to outline the dispute resolution mechanism in the CBSE’s plan so that the grievances of the students can be heard. Venugopal assured the bench that a committee would be constituted to address any concerns of the students. 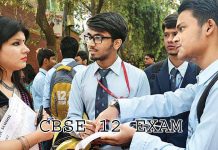 CBSE official told, till when will the formula to give marks in 12th be released! 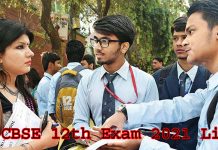