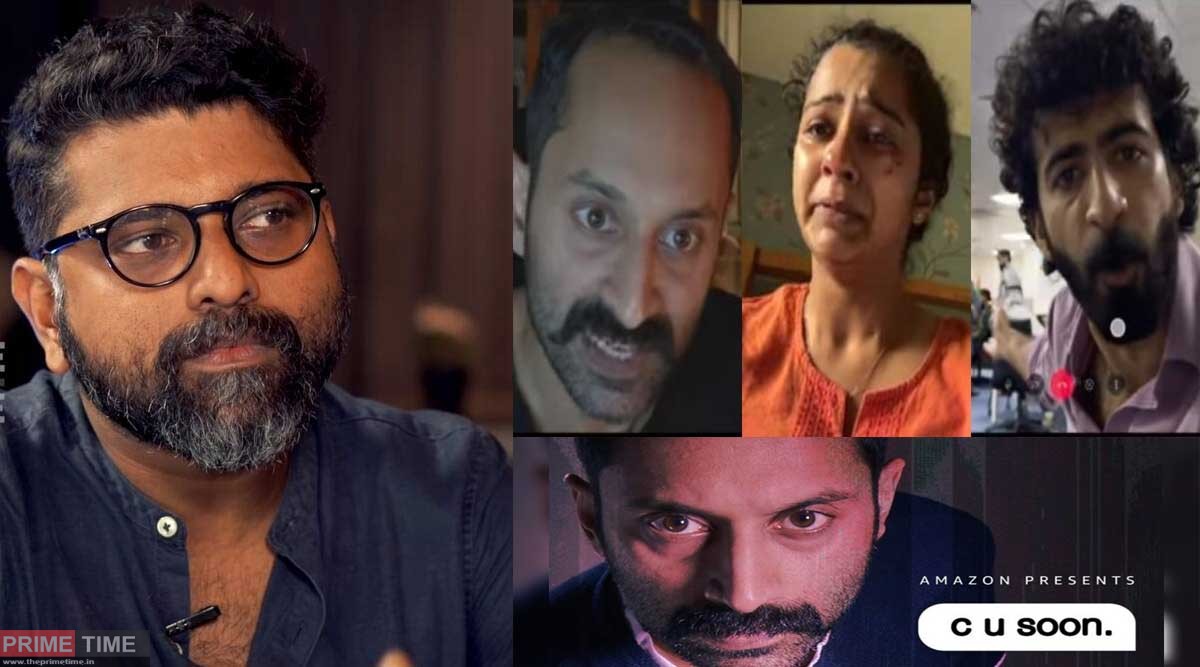 The film ends on an optimistic note, telling us on behalf of these ‘virtual’ characters, that they will ‘c us soon’ in theaters.

C U Soon Movie Review : It’s almost as if the people behind C U Soon were aware of this slight but discernible impatience creeping upon us, especially when we are surrounded with streaming platforms and their never-ending offerings. Producers Fahad Faasil and Nazriya Nazim, and director Mahesh Narayanan pick up a story with disturbingly familiar outlines and impart it with fresh urgency and impact, making each frame of the 1 hour 38 minutes run time count.

So many needy young women in Kerala are duped by canny agents with Gulf jobs that sound kosher but are actually traps for the flesh trade. Only a few weeks back, Khuda Haafiz, a Bollywood film with the same premise came out, but while that went down the heavy-on-action melodrama route, C U Soon never takes its steady eyes off the ensnared young woman and the young man who gets drawn to her. The plot smartly doesn’t reveal all its cards upfront, and as Jimmy Kurian (Mathew), totally smitten by the pretty but troubled Anu Mol (Rajendran), discovers that there may be more to her than meets the eye, and reaches out to his cousin Kevin Thomas (Faasil) for help, we are hooked: what will happen next?

The constant use of technology is on full display in the film, reminding us how much our lives are parked in the digital sphere. Also, because we all have smartphones and social media accounts, it makes us vulnerable to people who want to stalk us: there really is nowhere to hide. Jimmy, Kevin, and his sulky colleague Sanjana (Liz) spend all their time crunching computer keys or tapping on their phones. Talking is so last century. Now we text. And if we come upon someone who has a phone without a sim card, there is clearly something suspicious going on.

The one thing that’s disconcerting in most of these shot-on-camera-phones films is the lack of depth. C U Soon makes up for this by slowing things down, lingering on expressions, and allowing us to observe what’s going on. The action mostly happens in Dubai (with a few darts into the US and Kerala) and the way it unfolds, with the characters uncovering sordid secrets behind smiling faces, it’s all genuine and moving. One scene, in particular, is heart-wrenching, and it visibly allows both Jimmy and Kevin to learn a couple of crucial life lessons—being too gullible is as much of a problem as is to automatically think the worst of someone, but it is also never too late to make up for it. Faasil’s face is a map, and we can see how he absorbs the painful reality of the character he is ‘investigating’, and how it affects him. Mathew too jumps over his initial objectionable comment about ‘call girls’, and we get a better version of the feckless, reckless Jimmy that we started with. It’s a bit hard to swallow this quick change of heart, but that’s okay: sometimes, a moment can be enough. And it’s also okay because we are rooting for these characters.

Which brings me to the excitement that this film brings with it. Anything that Faasil does (Maheshinte Prathikaram, Super Deluxe, Kumbalangi Nights) brings joy: here again, he gives us a complex character — not really likable, cutting corners, borderline misogynistic — and then he makes us see how circumstances can make a little dent, that change is a possibility. Mathew is good too, as is Rajendran, and the supporting cast. In its short duration, C U Soon also manages to make a sharp comment on the way innocent women are lured into the flesh trade, and how their families are often unable to help.