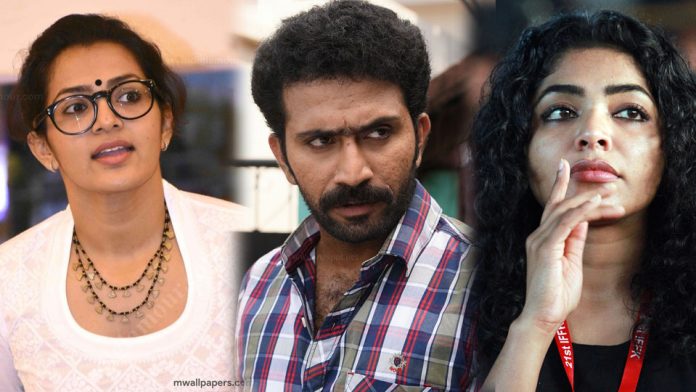 Many people are protesting against the removal of former health minister KK Shailaja from the Pinarayi cabinet. It is a great shock to the people that Shailaja Teacher, the candidate who won the largest majority in Kerala and served commendably in times of crisis like Nippa, Pralayam, and Covid, has not been considered in the new cabinet. 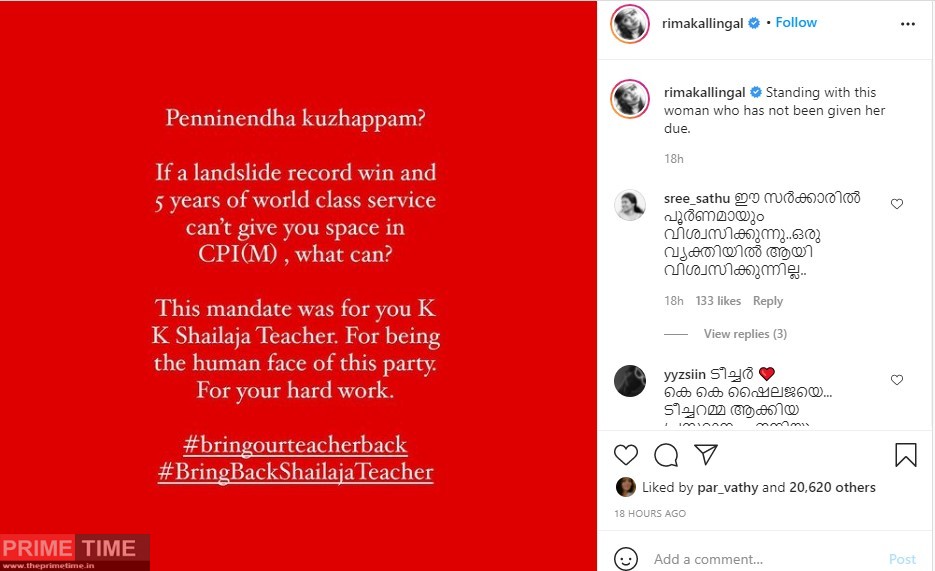 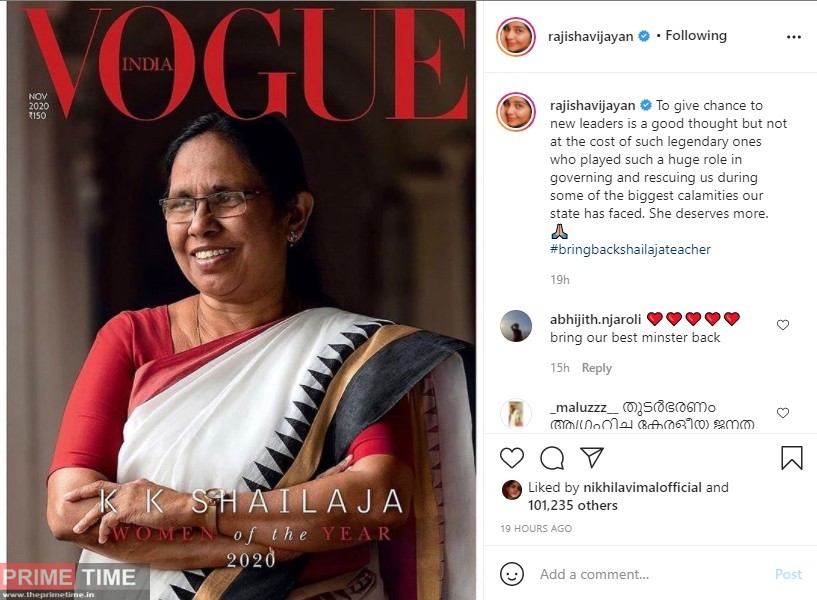 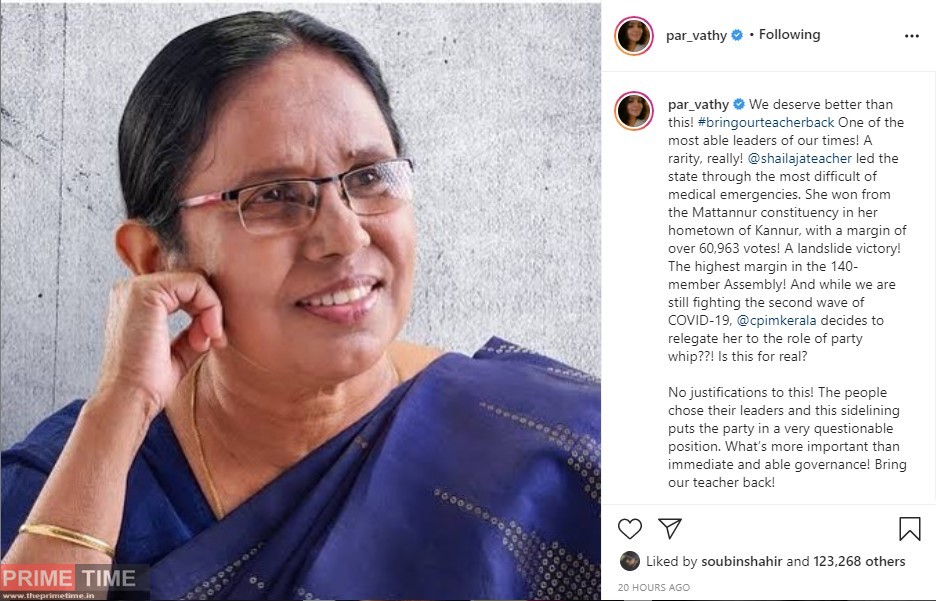 “We deserve better than this! Bring back our teacher. One of the most capable leaders of today, rarely, really! Shailaja Teacher has led the state in even the most distressing medical emergencies. They won by 60,963 votes from the Mattannur constituency in their hometown Kannur! Smash success! Highest margin in 140-member assembly! 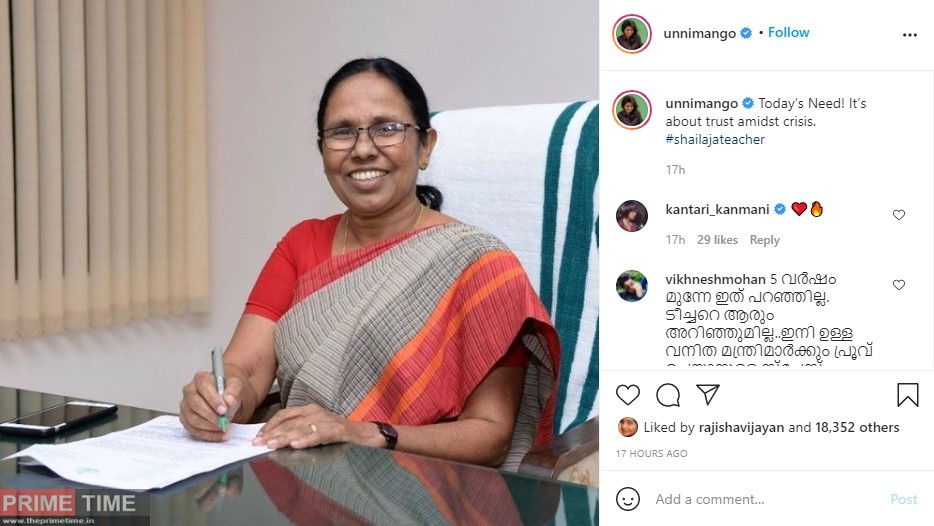 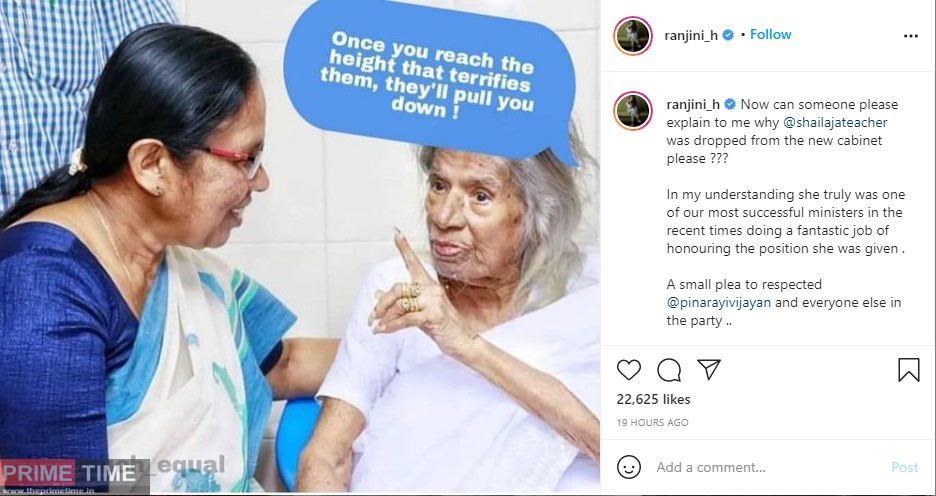 While we are still fighting the second wave of Kovid, is the CPI (M) deciding to drop them to the party whip role? Is this true? There are no excuses for this! The people have chosen their leaders, and this separation makes the party very skeptical. What is more important than efficient and fast governance! Bring back our teacher! ”Says Parvathy Thiruvoth. 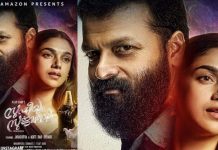 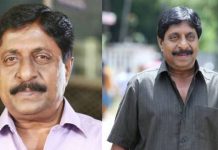 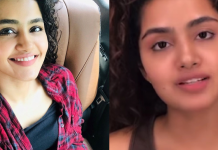