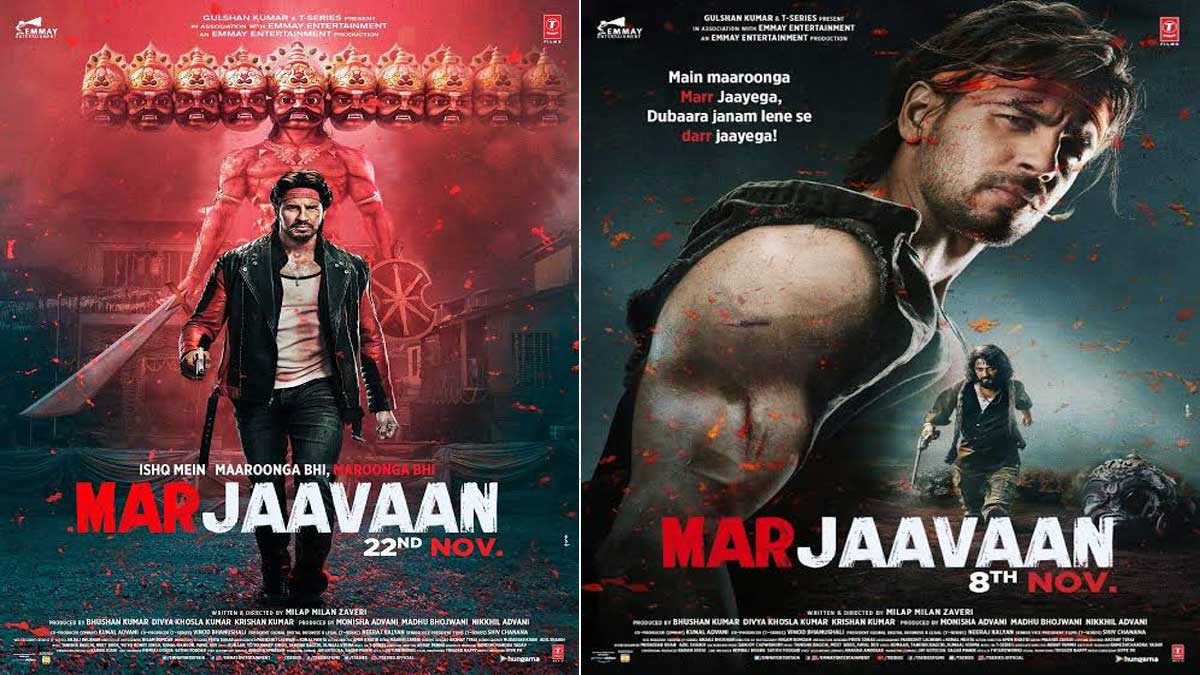 Marjaavan is the latest film to be directed by Milap Zaveri and starring Ritesh Deshmukh and Sidharth Malhotra. A new video song for the movie has been released. Tara Sutaria and Rakul Preet Singh are the heroines. The film is a violent and dramatic love story. The film will hit the screens on November 15. Ritesh Deshmukh plays the dwarf in the movie.This is the second coming together of Milap, Ritesh and Sidharth. His first film, Ek Villain, was a superhero. Shad Randhawa, Ravi Kishan, Varinder Singh Bhuman, Bikram Jit Kanwarpal, Godan Kumar and Nusrat Bharucha are the other stars of the film. The film is composed by Kumar, Yo Yo Honey Singh, Tanishk Bagchi and Kunal Verma and is composed by Tanish Bagchi, Meat Bros and Yo Yo Honey Singh. The film is produced by Bhushan Kumar, Krishan Kumar, Divya Khosla Kumar, Monisha Advani, Madhu Bhojwani and Nikhil Advani. Marjaavaan is an upcoming Indian Hindi-language romantic action film directed by Milap Zaveri and starring Riteish Deshmukh, Sidharth Malhotra, Tara Sutaria and Rakul Preet Singh in the lead roles. The co-producer Bhushan Kumar described the film as “a violent, dramatic love story”. The film was supposed to release on 2 October 2019, but got delayed, and is now scheduled to be theatrically released in India on 15 November 2019. Principal photography of the film began on 7 December 2018 with Malhotra sharing his picture on his official Instagram account.

The second schedule is set to roll in from mid-January and will end by March. Sidharth Malhotra is shooting with a dozen goons and has switched to action mode. “The stunt team wanted to shoot with a body double because Sidharth’s back and shoulder would be on fire but he was adamant on doing the scene himself to make it look authentic and stay true to his character”. Siddharth wrapped up his portion except for songs on 15 March 2019. He announced the news by posting a picture with crews with a heartfelt message.