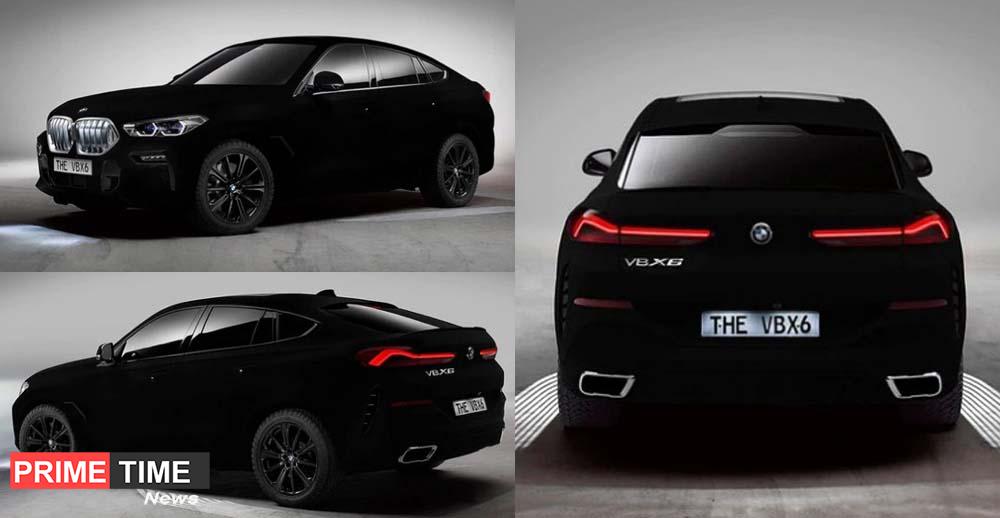 It is a BMW X6 painted in Vantablack, a hue used in the space industry that makes the vehicle an almost two-dimensional object for the human eye

Can you have a car blacker than black? The German manufacturer BMW seems to have got the answer. And it is yes.

The third generation of its SUV X6, whose official premiere will be held in September at the Frankfurt Motor Show, will be presented there with an eccentricity that is not linked to the interior comfort of this car, which in itself is luxurious, but in its body : It is painted in Vantablack, the darkest black ever developed. 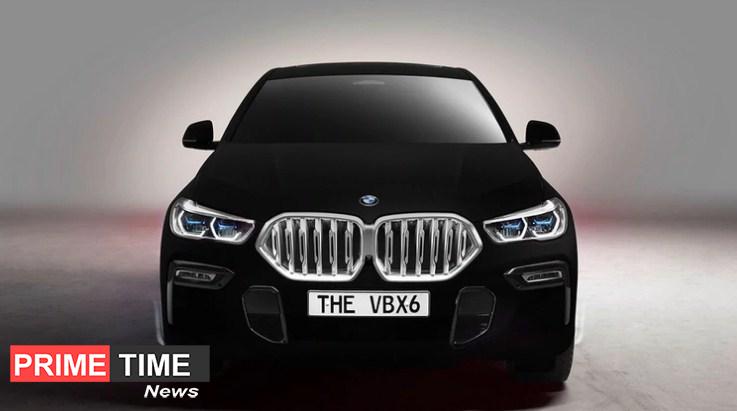 This tone manages to avoid the reflection of other colors, so this black will never be contaminated by any beam of light and thus maintain its almost abysmal characteristic.

BMW surprises again with this super luxury SUV, which is turning ten years since its appearance, by revealing it with an eccentricity that gives it an even higher exclusivity, since this tonality is not precisely economic, but, on the contrary, it was created to facilitate work in space engineering. 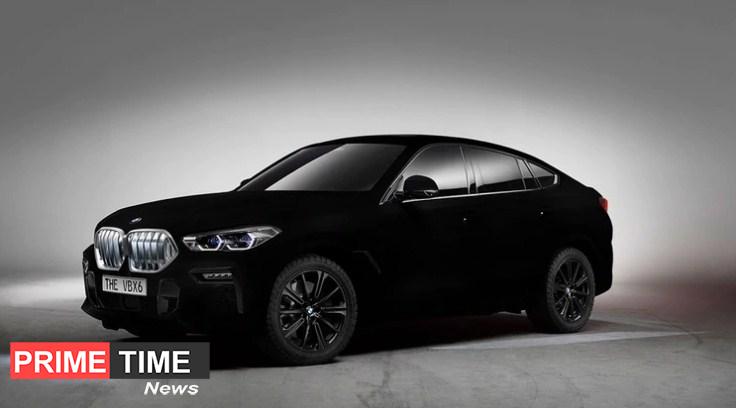 In fact, this vehicle is the first and only one in the world that will be so painted, since the Bavarian brand reserved this peculiarity to surprise with the presentation of the model. And this particular vehicle will be in the stand that BMW will have in Frankfurt.

The third generation of the X6 will be available from November in the European market. And as BMW had already revealed the novelty in July, a letter was kept to surprise at the most important exhibition of European industry.

Thus, the world’s blackest car will be one of the attractions in Frankfurt. It is the result of the collaboration of the German brand with Surrey NanoSystems, the inventors of Vantablack.

And it will be an attraction because in times when it is sought to offer three-dimensional and even four-dimensional technology, this painting allows not only almost complete darkness, but also gives the object an almost two-dimensional shape in ocular perception.

The Surrey NanoSystems company ensures that a Vantablack coated surface loses its defining characteristics for the human eye, with objects that appear in two dimensions. The brain interprets in this way that it could be looking at a hole or even a vacuum, so the Vantablack could even be counterproductive for a car manufacturer, since it virtually eliminates all the details and highlights of the design. 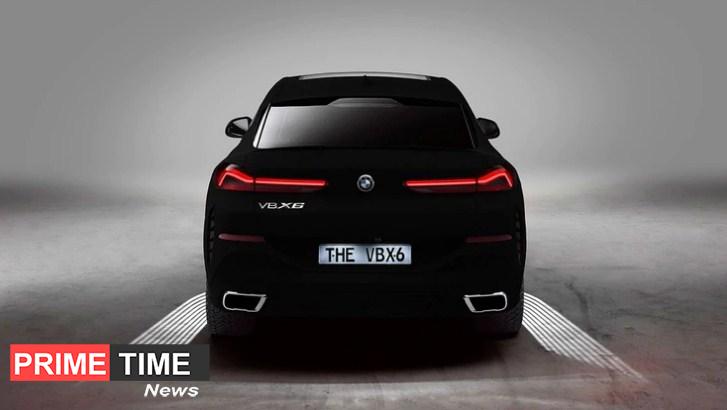 It does it thanks to its structure, composed of carbon nanotubes whose diameter is that of an atom, and hence its name (Vertically Aligned NanoTube Array black). As Surrey NanoSystems explains, in a square centimeter there are about 1 billion of these nanotubes, thus forming a matrix that absorbs the photons that make up the light and does not let them escape (that is, it does not reflect it). Thus, according to the company, the Vantablack is the closest thing to a black hole that exists.

This hue was not created to achieve the blackest material on the planet, but this feature allows it to be applied to components of space equipment, such as the interior of long-range telescopes, because they avoid light.

And it was applied in a unit of the new X6. This model, in its third generation, arrives with a battery of luxury elements that make it a highly appreciated vehicle. Motorizations ranging from 265 horses (in their conventional versions) to 530 (in sports variants, known with the letter M), an eight-speed sequential box and a fully digital instrumentation, are combined in this model that, in Europe , will have a price range that goes from 83,000 to 115,000 euros. 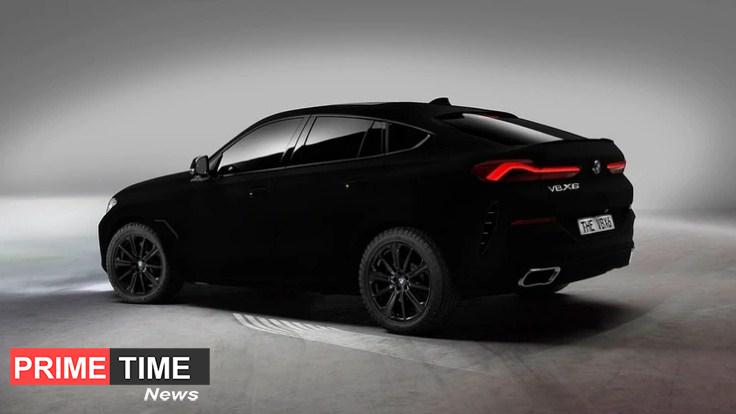 Already knowing its creation, in 2014, Surrey NanoSystems had defined the exclusivity of the Vantablack, so much that it had granted the use permit that exceeded the industrial purposes only to the Indian sculptor Anish Kapoor, recognized for his monumental works in different cities of the world, among them the Cloud Gate, colloquially known as “The Bean” (“El Poroto”), a 20 meter high structure made with 168 stainless steel plates, which in 2006 was inaugurated in the Millennium Park in Chicago.

And in 2019 it allowed BMW to use this hue for a car with sculptural lines. “We had rejected orders from many car manufacturers. But that idea disappeared when they asked us for the Vantablack for the X6,” said Ben Jensen. 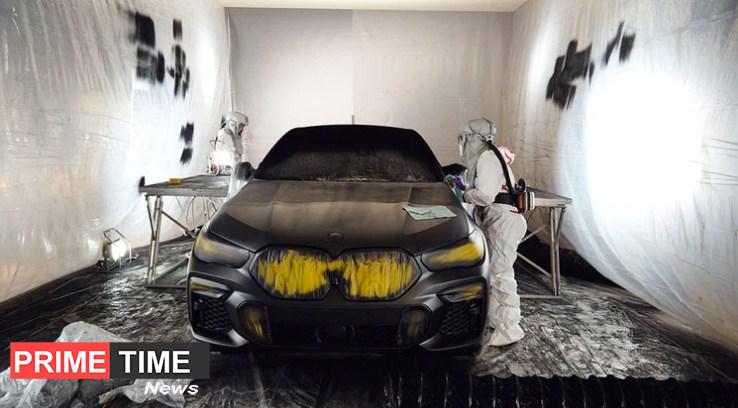 Thinking about the mass production of cars with Vantablack paint is highly unlikely for now, due to the difficulty of the industrial process (it is applied in a vacuum) and because it is an extremely susceptible shade to be damaged by a slight friction. And so I should spend almost every week on the plater.