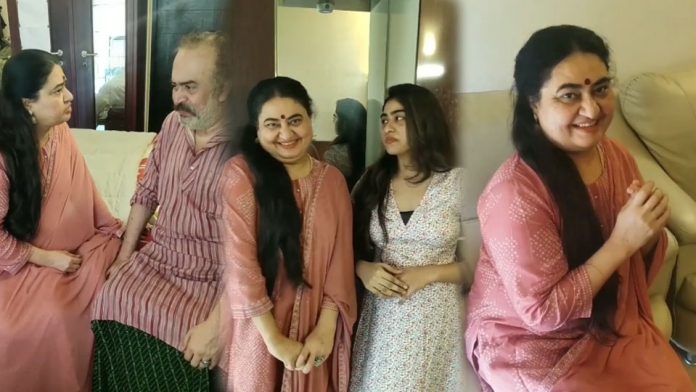 Malayalam cinema audiences will never forget the role of Bindu Panicker’s Indumati in Srikrishnapuram’s Nakshatrathilakkam. Nagma, Jagathy Sreekumar, Innocent, Cochin Haneefa, KPAC Indumati’s English will still be remembered in the Raja Senan movie starring Lalitha and Kalaranjini. Indumathi played by Bindu Panicker was a character who stood with a huge cast throughout the film. Now Bindu Panicker has once again portrayed Indumati, one of the best characters of her career. Indumati is back on Instagram reels with her husband Saikumar and daughter Kalyani. The video was shared by daughter Kalyani on Instagram.

Bindu Panicker occasionally shares videos like this with his family. TikTok, previously performed by the trio of Tiktok together, went viral on social media. Bindu Panicker is not very active in movies now. Saikumar played a notable role in Scene 2.Kalyani is the daughter of Bindu Panicker’s first marriage. Kalyani, a student, is also an accomplished dancer and actress. Kalyani occasionally shares dance videos with friends through Instagram releases.