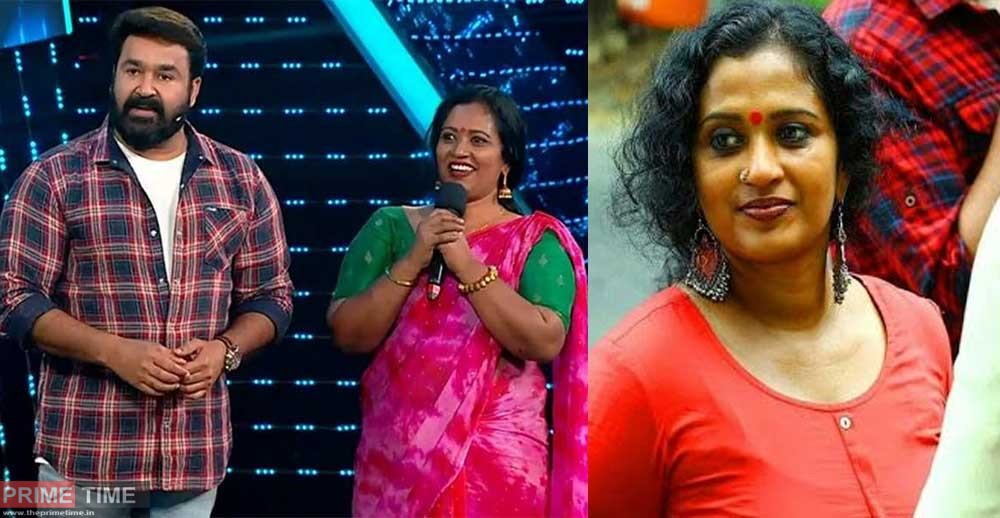 Show Makers are keen to keep up with the trend, however, as to who will be out in the upcoming Saturday and Sunday episode and who’s new. This is because of the weekly rising rating. But when they return, they share the outside response with the show’s contestants and see if it will hurt the show. There are also reports that Abhirami Suresh is coming to the show. However, audiences hope that Sujo and Alexandra, who left, will return.

But the unexpected departure of Manju has left Fukru and his group very upset. When he walked out of the Big Boss house, Manju returned and hugged Fukru and told him to look at him with his full eyes. Fukru says he can still be seen in Kochi. Rejith Kumar responded that he was not hurt by me, though I was hurt a lot. There is no arguing that Dr. Rejith Kumar’s isolation, groupism, aggression and upheaval are violations of human rights and violate the basic rules of the show. It was alleged that Mohanlal was coming to assess the show over the weekend, despite the big problems in Big Boss.

Dr. We were told earlier that Bigg Boss is going to be noticed in the first place. The views which confirm it now appear. Hopefully, the show’s story will change when the new contestants arrive. Celebrities out there haven’t been able to figure out what the show is about. Their previous acquaintances and intimacy have made them a reality. For everyone, survival and prosperity are important. When the game is over, it is best to remember the present state of Malayali houses.

The highlight of the last episode was Jasla, who was singing with Reggit Kumar. When Manju walked out, he had a chance to give a blow to his face. But the main wait for the show is the promo where Bigboss comes home with five names. In the last episode, Chapathi, who was baked by his rivals Rajith and Fukru, was also excited about the show. Lalletan responds after eating chapati that means you recognize the flavor and smell of your relationship. He responded that my teeth hurt after eating.

Currently, six people have beaten Rezith Kumar in the punching bag of Bigg Boss house with eight contestants. To be more specific, six persons, except Jasla. Jasla’s latest move is unexpected, given that Rezit Kumar has repeatedly said he was a contender for no reason at all in the Bigg Boss house. The reason behind this is not the existence of the game or the friendship with Reg. Whatever the case, it is almost certain that the relationship between them had influenced Jasla.

While Fukru, Arya, Passion Shaji, Veena, Manju Peter and Sooraj all openly stated that they are angry with Regatta, only Jasla’s list includes Passion Shaji and Veena. But when it came to registration, seven people, including Jasla, were hit in the punching bag. But this is the reason why Rijeet was told to hit Jasla this year – she is not one and only one child. When all is said and done, the suspicion that Bigg Boss is getting ready for a new friendship is strengthening.

Here is the secrete of why the shooting of Trance was so secretive!

A new member arrives into our family: Kavya Madhavan!

Seeing sex in anything and everything is mental illness, Actors supported to Thara kalyan

Actress Amala Paul is getting married !!

Anushka Shetty open about her Marriage

Vicky Kaushal does not plan for career, actor told this reason