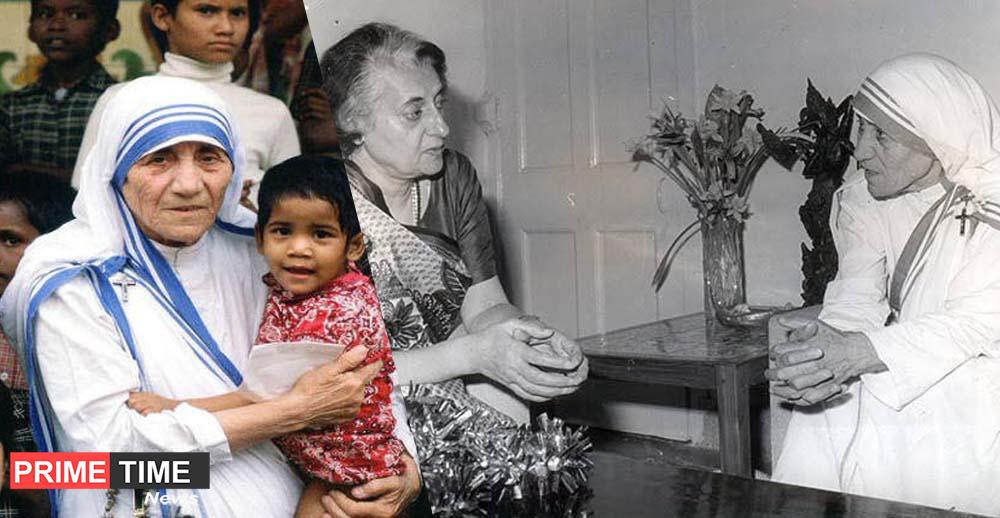 Today there is hardly anyone in the world who does not know Mother Teresa. Born on 26 August 1910 in the city of Skopje, the capital of Macedonia, Mother Teresa is still considered alive among the people as its ‘Missionaries of Charity’ institution. Today not only the whole country but the world is remembering Mother Teresa by celebrating her 109th birth anniversary. His real name was Agnes Gonzha Boyajiju.

At the age of 18, she became Sister Teresa by taking initiation in Loreto Sisters. Then she came to India and joined the teaching like Christian nuns. One day while teaching at St. Mary’s High School in Kolkata, she was distracted by the impoverishment spread outside the walls of the convent. That pain was not tolerated by them and they started going to raw settlements and started doing service work. ‘The work done with true dedication and hard work never fails’, this saying proved to be true with Mother Teresa.

Work grew so much that by the year 1996, his organization opened 755 destitute houses in about 125 countries, due to which about 5 lakh people lost their appetite. During this time in 1948, he opened a school to teach the children there and then established the ‘Missionaries of Charity’. Today, the Missionaries of Charity, founded by Mother Teresa, is active in 123 countries, with a total of over 4,500 sisters.

Mother Teresa, who always wears a white dhoti of a blue border, said that the service of unhappy humanity should be the vow of life. Everyone is God in one form or the other is the greatest form of love. It is not just the precious words he uttered but it is the thoughts of the great soul who served the patients of leprosy and tuberculosis and gave the message of peace and humanity to the whole world.

Mother Teresa is not among us today, but the Sisters of Missionaries of Charity are still alive to her thoughts. Some of those sisters are still engaged in service work even today. The statue of Mother Teresa, the great copy of such humanity, was died on 5 September 1997.

In the year 1946, he pledged to serve the poor and helpless. For selfless service, Teresa established the ‘Missionaries of Charity’ in Kolkata in 1950. He changed his name in 1981. Mother Teresa of Albania origin did what she did for the poor and afflicted people in Kolkata, it is considered unprecedented in the world.

Mother Teresa received many awards during her lifetime for service and upliftment of the poor and the underprivileged. Most prominent among them was the Nobel Peace Prize received in 1979, which was awarded to him for his service to humanity. Let me tell you, Mother Teresa was given the title of Saint by Pope Francis to Mother Teresa in Vatican City. Millions of people from all over the world were witness to this historic moment.

– Mother Teresa lived in Kolkata till her death and even today her institution is working for the poor. He has also been awarded the Bharat Ratna, Tempton Prize, Order of Merit and Padma Shri in 1980 along with the Nobel Peace Prize. He had to say. ‘Wounds that heal wounds are more sacred than praying lips’.

– Let me tell you, at the last time of your life, Mother Teresa was also accused of many kinds. Instead of serving the poor, they were accused of converting their religion to Christianity. In India too, he was condemned in states like West Bengal. He was considered a preacher of Christianity under the guise of guarding humanity. But it is said that where there is success, then there is criticism.