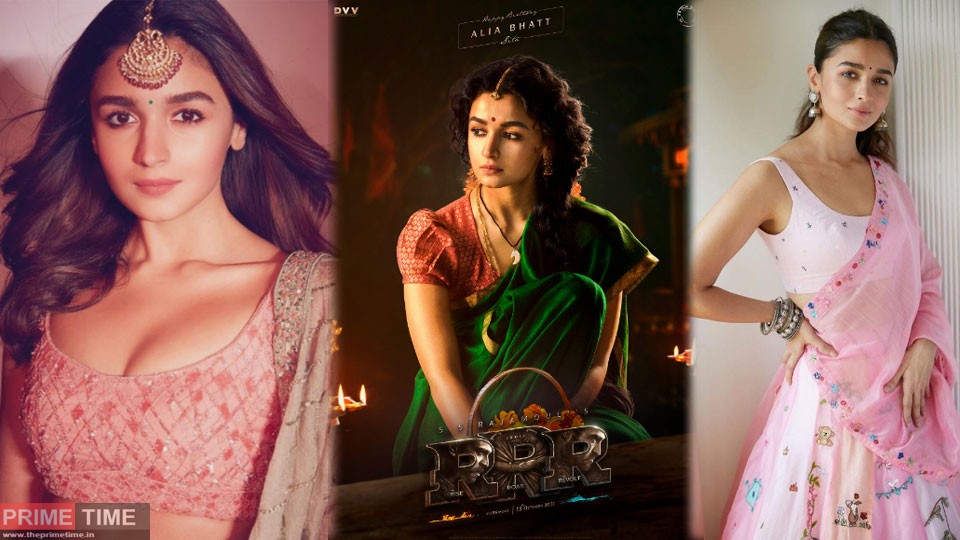 After Bahubali, Rajamouli’s cosmic film ‘RRR’ is all set to hit theatres on October 13. ‘RRR’ is an acronym for Roudram Ranam Rudiram. The film stars Jr. NTR and Ram Charan in the lead roles. The RRR is being prepared at a cost of Rs 450 crore. The film is being produced by DVV Dhanayya under the banner of DVV Entertainment.

Bollywood stars Alia Bhatt and Ajay Devgon will play other important roles in the film. The film tells the story of freedom fighters Alluri Sitarama Raju and Komaru Bhim in a fictional setting. British actress Daisy Edgar Jones and Tamil actor Samudrakani will also be seen in the lead roles in RRR. Now, the cast has released the look poster of the character Sita, played by Alia in the film. The poster was released on Twitter.

Roudram Ranam Rudhiram is the full name of the name ‘RRR’. The song is composed by MM Keeravani. The script of the film has been prepared by V. Vijayendra Prasad. The film will Rajamouli films are all very excited.

Strong-willed and resolvent SITA’s wait for Ramaraju will be legendary!

Presenting @aliaa08 as #Sita to you all 🙂@tarak9999 @AlwaysRamCharan #RRR #RRRMovie pic.twitter.com/NFe4WwjS6u