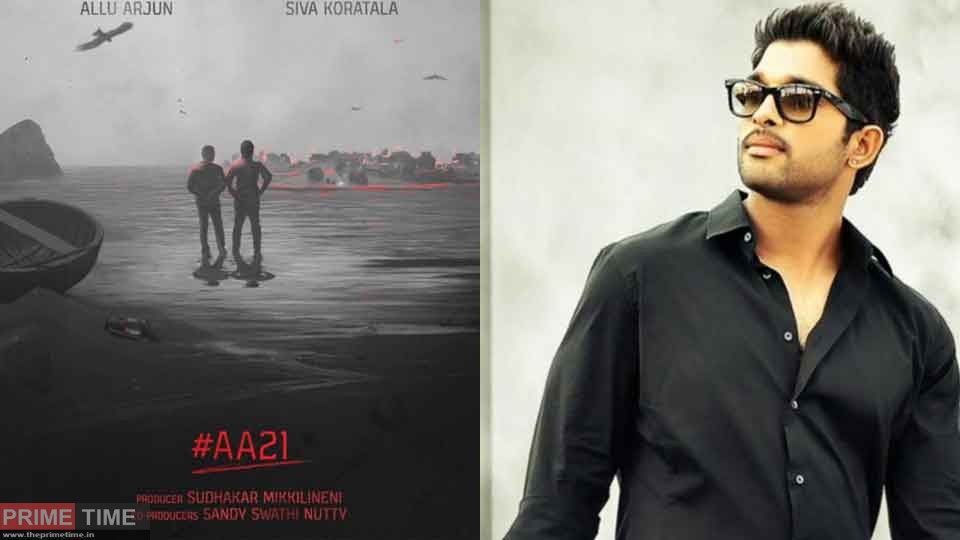 Stylish star Allu Arjun and talented director Koratala Shiva Kambo have been rumored to be coming out for a movie. The makers have recently confirmed this and given an uplifting update to Allu Arjun fans. The official poster has been released stating that this movie will be the 21st movie in Bunny’s career. In this poster, two people are seen standing on the river bank and looking at the village on the other side.

To this extent, Allu Arjun is excited about his next film. ” I am very happy to be doing my next film Koratala Sivagari. I have been waiting for this for a while. My best wishes for Sudhakar’s first project. Sandy, Swati, Nutty, this is a way to show my love for you, ”he tweeted. Sudhakar Mikkilineni is making his entry into the film industry as a producer with this film.

Very much elated to announce my next film #AA21 with Koratala Shiva garu . Been looking forward for this for quiet a while . My best wishes to Sudakar Garu for his 1st venture . Sandy , Swathi & Nutty this is my way of showing of my love for you guys . pic.twitter.com/uwOjtSAMJV

Sandy, Swati, and Nutty will co-produce the film, which will be based on the banner of Yuva Sudha Arts and GA2 Pictures. Talk that this movie will be made on the Pan India level as a huge action entertainer with social elements. It has been announced that the film will be released in the first half of 2022. While Allu Arjun is currently making his 20th movie ‘Pushpa’, director Koratala Siva is making ‘Acharya’ with Chiranjeevi as the hero.

‘Pushpa’ team will resume the shoot in indoor sets