Former Bihar Chief Minister Rabri Devi has given entry to Aishwarya Rai at her residence. Rabri’s door was opened for Aishwarya at around one o’clock at night when she was able to go inside. Rabri agreed to it after much persuasion. When Aishwarya Rai went inside the house at one o’clock, father Chandrika Rai returned with her family. In the event of compromise, Aishwarya also withdrew her application.

Let me tell you that Aishwarya Rai, wife of Lalu Yadav’s son Tej Pratap Yadav, accused her of harassment while talking to the media with her father former minister Chandrika Rai on the exterior of Rabri residence on Sunday. Not only this, Aishwarya Rai’s father Chandrika Rai had threatened to file a case against the Lalu family.

Chandrika Rai, the brother-in-law of Lalu Prasad Yadav, said that at first, he will try to get his daughter’s rights. He said that if the matter is resolved by negotiation, it will be fine if not FIR. Later, Aishwarya’s mother Purnima Rai also reached Rabri Devi’s residence and both the parents along with the daughter sat on a dharna. A fortnight ago, Aishwarya Rabri came out of the house crying. She had come out on foot and had gone from her father’s car to her maternal home. But at that time when the matter came in the media, by evening Aishwarya had returned to Rabri’s residence. Aishwarya’s mother then said that she had come to visit her sister in the maternal house and has returned.

All the allegations were denied by Lalu Yadav’s daughter Misa Bharti. Chandrika Rai told that her daughter was going to the kitchen to get food in the morning, then the lock was locked there. When she asked for the key from Rabri Devi, she was pushed and thrown out of the house. She was calling me, but I was sitting on Pooja. After Pooja spoke to her, the seriousness was revealed and when I went to the Rabri residence, I saw that the daughter was getting wet in water outside the residential premises inside the campus. The lock was closed in the residential complex.

On the other hand, Misa Bharti said that I am also a mother. I also have two daughters. I am not in Patna. Tej Pratap is my brother. I would never want his family to break up. I have not done any work that would hurt any of Aishwarya. The allegations being made against us are wrong.

Aishwarya alleged that her husband Tej Pratap’s elder sister Misa Bharti does not want her family to settle down. Meanwhile, Chandrika Rai said that in the morning Rabri Devi misbehaved with her daughter and threw her out of the house. 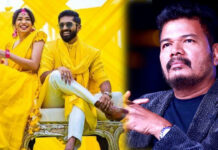 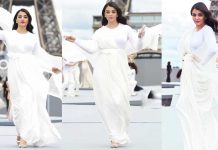 Aishwarya and Naleef in Manali, fans confirm that they are in love