Ahaana Krishna is the eldest daughter of Krishnakumar. The actor has come to the cinema after his father. Fans are eager to know all about Krishnakumar’s family history with his wife and four daughters. Ahana’s younger sister Ishani is also getting ready to come to the cinema now. Although Ahana made her film debut in 2014 with Steve Lopez, she played a minor role in the first film. The actress gained fan attention through the Tovino Thomas movie Luke. Luke’s character was a major turning point in Ahana’s film career. With this, the number of fans of the star also increased.

The actor thanked his followers and revealed that there will be a good surprise for everyone who likes him. Ahana and her sisters recently received the Silver Play Button Award from YouTube. Ahana had earlier said that she was happy with this rare fortune that four members of a family got together. Ahana will next be seen in Pidikitta Pulli.

Ahaana was born as the eldest of the four daughters of actor Krishna Kumar and wife Sindhu. She studied at Holy Angels’ ISC School, Trivandrum then she moved to Chennai for completing her higher studies in Visual Communication from MOP Vaishnav College for Women. She did her Master’s in Advertising and Marketing from MICA, Ahmedabad. 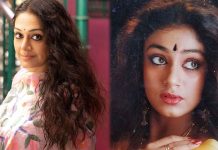