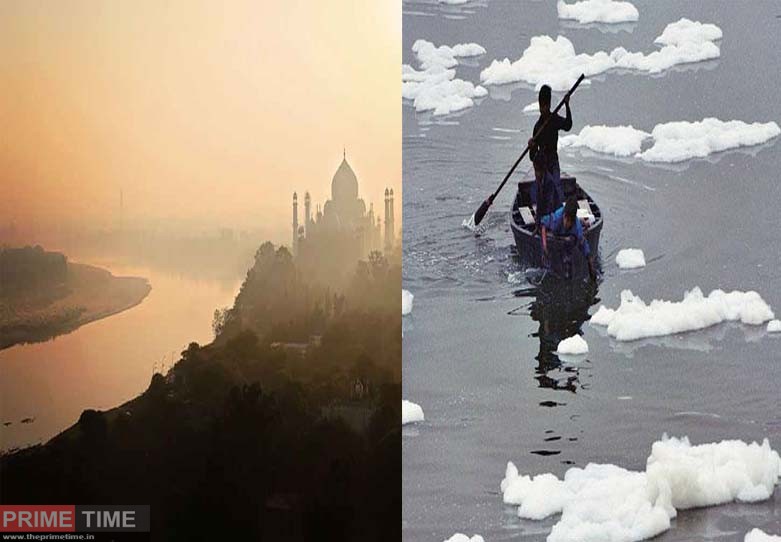 Though the Center and the state have spent over Rs. 5,000 crores in 25 years, for the Yamuna but during the lockdown it happened. With the suspension of the factories, Yamuna was cleaned up by itself. The Yamuna is a place of rest for the birds and mammals. The river’s brightness has increased, the industrial waste collapsing view was no longer at present. The Yamuna is about 1,400 km long and passes through 7 states.

Yamuna is the recipient of remnants of industries in states like UP, Delhi, and Haryana. There are hundreds of industrial houses along the Yamuna Coast. As a result, Yamuna has become the most polluted river in the country.
On the basis of many reports, about 80 percent of the waste in the Yamuna comes from factories in Delhi, Agra, and Mathura. According to a study by the Delhi Pollution Control Committee, the river’s brightness was increased 33 percent after the lockdown. The river’s greatness was increased mostly in the Agra area. Now, environmentalists says it is the responsibility of states to protect it.

Master Song As Wave, Over 50 Million Viewers In Song Within Hours!

Anushka Shetty open about her marriage!

Dulquer Salmaan’s luxury car collection! Here’s All You Need To Know About Them

S.S.L.C exam results will be announced on tomorrow